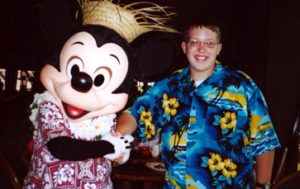 It was very important for my friend V to get command of a hot air balloon. He claimed he heard a rumor about gold ingots being kept inside the heads of giraffes. We had to get going immediately.

“I don't want those filthy giraffes puking my gold down the sewer,” V explained. “I've never been so insulted in my life.”

V also demanded the balloon be covered in the Kodak film logo or be shaped and colored like a ham. All this on a Sunday.

“I'm going to throw out sets of new car keys as we pass over playgrounds. I want 3rd graders behind the wheel. It's all about giving back.”

I had just worked up the courage to let go of the storm door when V cancelled the whole trip.

“It's all off. I've been given the opportunity to be transformed into a bowling alley by science. Help me burn all my pants.”